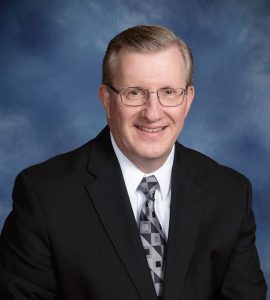 I was born and raised in west-central Indiana in a small rural town.  After I graduated from High School, I wanted to enlist in the military, but was encouraged by my parents to first attend at least one year of college.   The youngest of five children, I was also encouraged to attend one of the state schools...and chose Indiana University.   During my first year at I.U., I was visited by  other students that were  involved in Campus Crusade  and the Navigators.   One particular man came to visit me several times  over the next 18 months, each time he shared the gospel of Christ with me. He wrote verses down for me, gave me a Bible, and tried to show me what it meant to be a Christian.   However, I do not remember ever feeling any conviction.  I already believed that the Bible was God's Word, and that Jesus was the Son of God.  I already believed that Jesus came to die on the cross to pay for the sin of the world.     So, what was this man trying to tell me?

Since my senior year, I had been dating the same girl.   While I attended I.U., she had chosen Purdue University for their school of nursing.  During our sophomore year, she decided to 'go home for the weekend' sometime in mid-fall.  Although her parents claimed to have been saved years before; they had since stopped going to church and were somewhat bitter against the things of the Lord.  However, her sister, a senior in high school, had been attending an Independent Baptist Church.   Her church had just finished a revival meeting, where the evangelist preached on the rapture of the Church and the events that would take place during the tribulation period.   This sister had really gotten her life right with the Lord...and witnessed to my girlfriend that weekend.   As a result, my girlfriend trusted Christ as her savior.

Over the next few weeks, as I spoke on the phone with my girlfriend, she explained her new relationship with Christ.  I really didn't understand.  I also believed that He was the Son of God.  I also believed that the Bible was the Word of God.   Yet, she spoke of the Lord just like the man that had been visiting me for the last 18 months....like she knew Him!  How could this be.   My reaction was not good: I got mad because I thought she was saying that she was better than I was.   I couldn't get over the fact that these two people...who had never met...seemed to have 'something' in their lives that I did not.    I got out the Bible that I had been given, and began to read through the various verses that had been marked for me.  I began to earnestly ponder....Doug, where do you stand with God?

As I began to dwell on 'how I stood with God', my girlfriend decided that she needed to end our relationship.  She explained that we could not have the same goals and aspirations, because for her, the Lord would always have to come first.    Now, to me, that seemed like arrogance, and I decided that I would end the relationship first.  I would drive to Purdue, and really tell her what I thought.  So, during an afternoon of final exam week in early December, I drove the 2 1/2 hours from Bloomington, IN to West Lafayette, IN, so I could tell her face-to-face what I really thought!  However, it didn't turn out that way.

When I arrived at her apartment,  in West Lafayette, I was met by her and her roommate.   They invited me in to 'talk'.   During the next 4 1/2 hours, they shared the scripture and what the Lord had done for them.   They let me read the scripture for myself; first explaining that "all had sinned and come short of the glory of God'.  Next they showed me that the "wages of sin is death".   Then they showed me that I needed to confess my sin and trust Christ by faith: that I could do this through prayer...by calling on Him!     I explained to them that I was OK.   I had never really done anything seriously wrong.   I have never been in jail, or done drugs, or....etc.,  and besides, I had been raised in church...and even been baptized when I was 12 or 13.    But these girls just kept taking me back to the scripture...to what God actually said.   Had there ever been a time when I realized that I was a sinner, lost before God...and that the result of my sin was going to be death for all eternity?   Had there ever been a time that I had personally, conscientiously, and knowingly 'asked' the Lord to forgive me...and be my Savior?   I was caught between what I thought about myself...and what God said about me in His Word, the Bible.    I had to choose...who would I believe?

Finally, after 4 1/2 hours, I came to the place that I knew God was right, and I was wrong.   I was a sinner, both by birth and by choice.   I had never actually confessed that to God...and I had never intentionally asked Him to forgive me or to be my Savior.    So, the Bible was right, and I was wrong.    I didn't need to do anything further to die without God, and be under His condemnation forever.   John 3:18 says, "He that believeth on him is not condemned: but he that believeth not is condemned already, because he hath not believed in the name of the only begotten Son of God."   However, if I wanted to be accepted by God after death, then there was something that I needed to do.  Romans 10:9-10 says, "That if thou shalt confess with thy mouth the Lord Jesus, and shalt believe in thine heart that God hath raised him from the dead, thou shalt be saved.  For with the heart man believeth unto righteousness; and with the mouth confession is made unto salvation."     There,  in an apartment in West Lafayette, IN,  on December 12, 1972, I got on my knees in front of a couch and asked the Lord to forgive me of my sin, and to receive me - to save me.   I had finally, actually, intentionally asked Jesus Christ to be my Savior.     But, what was the affect?

I didn't know for sure, when I bowed my head, that God would respond...or do anything.  I knew what I had read in the Bible, so I was trusting that He had meant what He said.   As soon as I finished praying, I knew that I had been accepted, and that my sin was gone.  He had paid for it all!  He had forgiven me.  I was clean!   So, on Tuesday, December 12, 1972, I was saved from an eternity without God!